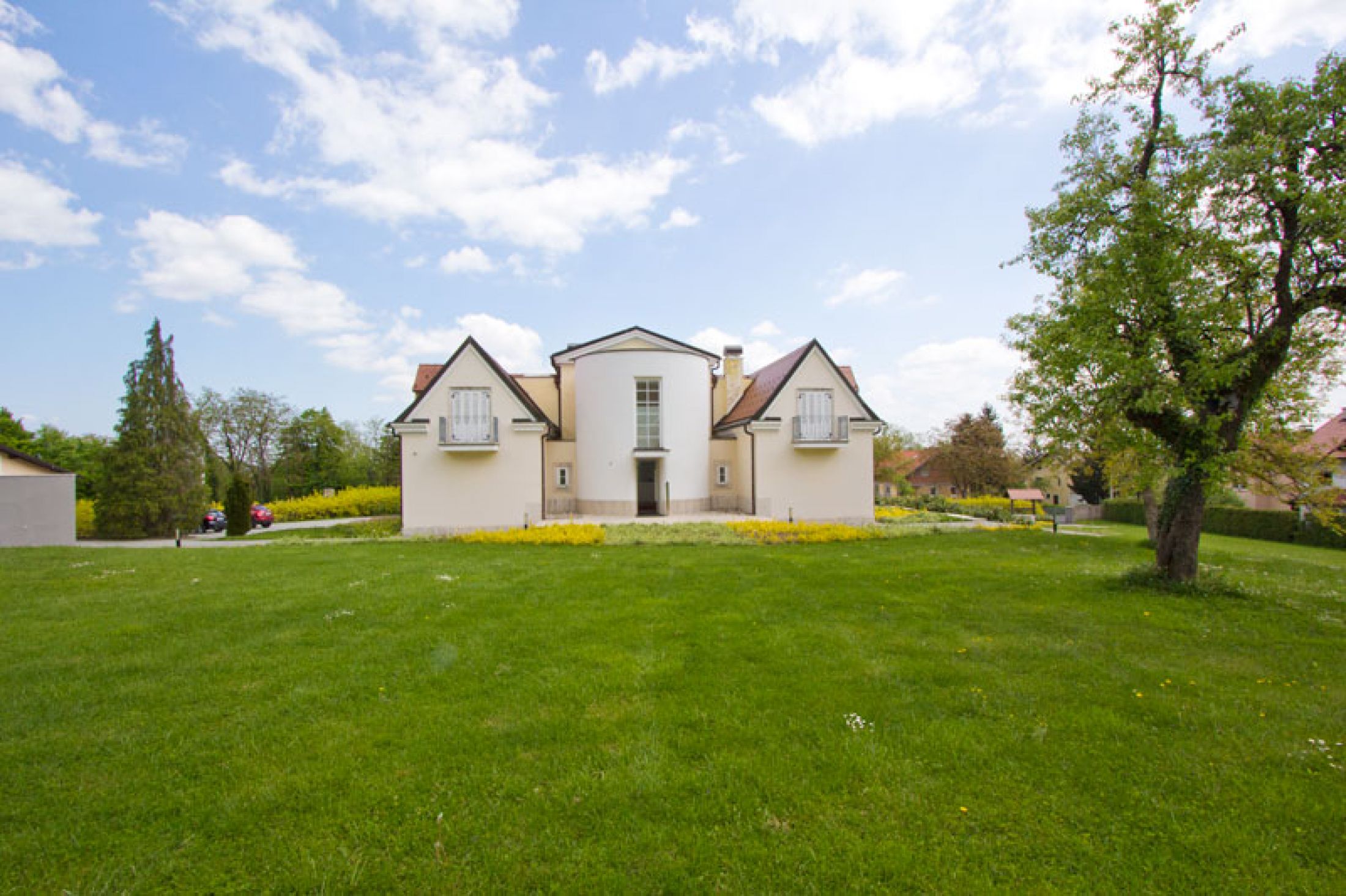 Samobor ... unique offer at the market

This villa was owned by the famous Croatian writer, historian, founder and first president of the Yugoslav Olympic Committee; Franjo Bučar. The architect is not known, but it is known that it was built by Samobor Mayor Ljudevit Šmidhen around 1880 and invited the famous horticulturist, Ignatz Zistler, to live there and form horticulture parks. Modern reconstruction of villa BRP 684 m2 (NKP 570 m2) and building a new commercial facility (BRP 557 m2 (NKP 464 m2) began in 1996. Rebuilt villa and  newly-built commercial building were put into operation in 2008. At the 7319 square meter plot there are 2 modern, functional facilities, 2 car entrances and a parking space for twenty cars. This villa is a family nest, with a modern and functional concept of luxurious living. With small cosmetic treatments and furnishing of the interior of the villa can become an idyllic family estate.
This beautifully adapted old vila is situated on an elevated but flat plot; located only 2 km from the center of Samobor and 2 km from the highway towards Slovenia or Zagreb. The whole plot is decorated with a hortible project and planted with a variety of plants.

HARMONIOUS MANOR NEAR ZAGREB
Out of the fifteen manors and smaller castles in Samobor, Villa Atrium is one of the rare buildings which was reconstructed. It was owned by the famous
Croatian writer, historian and founder, and the first president of the Yugoslav Olympic Committee Franjo Bučar. The architect of villa Atrium is unknown, but
it is known that it was built upon the orders of Samobor Mayor Ljudevit Šmidhen around 1880. He invited the famous horticulturist, Ignatz Zistler to live there
and to form the Samobor parks and gardens. The modern reconstruction of the villa Atrium began in 1996, at the same time when a new facility began to be
built at the same spot where the economic facilities used to be. Newly renovated and newly-built objects were finished and placed in the function in 2008.
On a property of 7319 square meters today, there are two modern, functional objects, with two entrances, and parking space for 20 vehicles. Villa Atrium is a
family nest, with a modern and functional concept of lavish living. The entry floor consists of four large, airy salon rooms, a kitchen with a storage and two
bathrooms. The upper floor consists of the master bedroom with wardrobe and en-suite bathroom, two additional bedrooms, each with an exit to the
balcony, and a bathroom. In the basement, there are a wine cellar, a tavern, a wellness and spa room with a whirlpool bath and a large Finnish sauna, as
well as two additional bathrooms, in addition to the technical room, laundry room. The garages and storage rooms are located on the ground floor of the
economic facility. On the first floor, there is one larger apartment of 100 square meters with a beautiful view of the Atrium villa and the property, which
includes a living room, a kitchen and two bedrooms with a bathroom and one smaller 30 square meters apartment. There is a possibility of connecting the
apartments. With small cosmetic treatments and furnishing of the interior, villa Atrium can become an idyllic family estate.

Send inquiry to the agent

Send offer to a friend

We are using cookies to provide statistics that help us give you the best experience of our site. You can find out more or switch them off if you prefer. However, by continuing to use the site without changing settings, you are agreeing to our use of cookies. Read more »